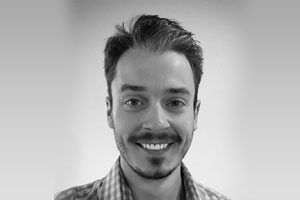 Born and raised in the small town of Soldotna, AK Adam Sikorski began his journey into the world of investing at the age of 12. Fascinated by the idea of equity ownership and return on investment, he put his savings to work into a mix of mutual funds and began studying the financial markets. By the age of 15 he had decided that wealth management was what he wanted to pursue as a career and has maintained that track ever since. He earned his Bachelor of Science in Business Administration from the University of Nevada, Reno in 2003 with a major in Economics. His professional career in financial services began a few months later when Morgan Stanley hired him to be a financial advisor, and he has worked in various sides of the financial services industry ever since.

Driven by a desire to change lives for the better, Adam works closely with his clients to develop a plan-based approach to determining what is best for their finances and their story. He has been honing his professional craft since 2003 and enjoys seeing the positive impact that in the lives of the people he works in partnership with.

In his spare time, Adam can be found exploring the outdoors of Alaska with his wife Danielle and his dog Bauer, who was affectionately named after his hockey skates.